For progress in business, in establishing contact with clients and associates, but also for increasing your competitiveness in the labor market, knowledge of English has long been taken for granted. Knowing as many languages ​​as possible is an advantage that opens many doors in the business world and life in general.

Matthew Youlden from the UK speaks 9 languages ​​and understands more than 10 others. He is a real “language chameleon”, who skillfully switches from one language to another every day.

Here are his tips for learning:

• You need to have reasons to learn a language:

Without a good reason to learn a language there is no motivation and success in the long run. Want to impress others with your knowledge of German or Spanish? Not very strong reason. But, do you want to meet the person and learn more about him in his mother tongue? That is already something that needs to be invested in. You need to clearly define why you want to learn a language and stick to it.

Matthew learned several foreign languages ​​with his twin brother, and they mastered the first language, Greek, at just eight years old! He was helped by the usual rivalry between the brothers because he competed to be better and thus learn as many foreign words and languages ​​as possible. Others are motivated, but also encourage each other to learn more. If you do not have a brother or sister, or they simply do not want to join this language adventure, try to find a partner with whom you will learn and communicate in a foreign language, because practicing and applying what you have learned is the essence of language learning.

When you are not in a position to talk to someone, there is nothing wrong with talking alone and practicing that way. Matthew notes that this is a great exercise for new words and phrases you learn, but also an exercise that will boost your confidence for some future situation when you will be talking to others.

• Be worthy of learning:

If your goal is conversations in a foreign language, conversation and practice will sustain and enhance the learning process and you are less likely to get “lost” in textbooks. You need to be able to apply what you learn in everyday life. If you are learning Greek and you are not able to travel to Greece and talk there, you can go to a Greek restaurant and order food in Greek.

Take every opportunity to apply what you have learned and get creative! Matthew and his brother Michael practice the Greek language by writing and recording songs in Greek. You and your partner can design a radio drama, write a song, a story, or draw a comic in the language you are learning.

Try to learn the way children do. The fact that children quickly learn new languages ​​can be explained by children’s characteristics such as lack of self-awareness, and thus a willingness to make mistakes and a desire to play. Relax, be creative and don’t be afraid. In the children’s world, mistakes are common, and in adults they are taboo. When it comes to learning a language, acknowledging that you don’t know everything, and that it’s okay, is the key to freedom and progress.

• Get out of the safe zone:

Being prepared for a mistake means being prepared for a potentially awkward situation in society. It is the only way to learn and progress. The more often you talk, ordering in a restaurant, asking for directions in the language you are learning, your safety zone will be getting bigger. “In the beginning, there are difficulties, whether it is pronunciation, syntax or inadequate expressions. Everyone has a feeling for their mother tongue and that is what makes a native speaker.

“It’s important to develop that feeling and practice.” Matthew advises.

Each language initially sounds unfamiliar and longer, but the more you expose yourself to it, the more you listen to it, the more familiar it becomes. There is no “rolling R” in English, which is common in French, while the Spaniards emphasize the letter R quite a bit. Matthew mastered the Spanish “RR” by constantly listening and imagining how a word should be pronounced, because each voice requires a different part of the mouth or throat that we use to produce sound.

Each language has a specific way of pronouncing voices. It may seem strange, but the trick Matthew uses is watching people as they speak and imitating the sounds they produce. You can also try watching foreign movies or series.

Whatever learning method you use, it is crucial that you exercise every day. Try to apply everything new you learn in practice. Great progress is when you get an answer and establish communication in the foreign language you are learning, which will also be an incentive to continue learning. 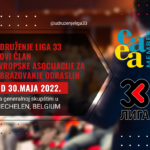 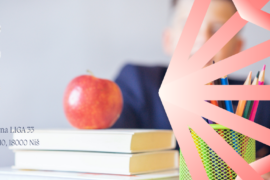 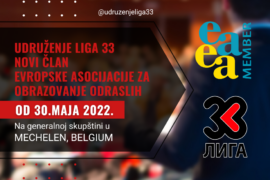